A review of Plum Tree Cafe,

An eclectic warming interior of partial scaffolding invited us in, but despite a lot of seating… There were no places to sit. We were not allowed in the tree house. It’s that whole height prejudice all over again. Fortunately the Plumtree cafe can boast lovely customers, two of whom let us share their table. This was on the condition that we could confirm that we were nice. I said that we were. I hope that wasn’t fraudulent procurement of seating. 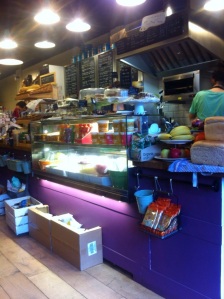 Now you may have noticed that despite being a coffee shop blogger, I am a little precious about some teas… Earl Grey being one. Which I’m sure all you cultivated people know should come without milk. (and don’t put the spoon bak in the sugar after stirring). So I was a little surprised to find myself being stared at in astonishment for ordering a London Fog. (Earl grey, steamed milk and vanilla) it had been so well branded and appetisingly described on the blackboard that the milk plus bergamot (ie citrus!!with milk!! Might curdle!!) combination had completely passed me by. Delicious too, really sort of warm and err… Foggy.

So to brunch- which must always be accompanied by cake if adequate quality is available. Nice menu. Hard to put a interesting twist on brunch sometimes, I think. A form of fry up with Buck’s Fizz doesn’t always justify the title. (Giraffe has some great options). Plumtree’s credentials were confirmed with avocodo on sour dough with lime and rocket. Appetising, refreshing, and dare I say it, healthy (although this adverb is always dependent on which health sect you adhere to.) 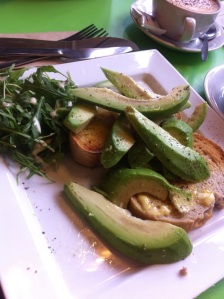 A crucial discovery was made on the ordering of this breakfast. As my husband went to pay, a lady holding a bowl of brown contents happened to comment that it was very important that the right ingredients featured in the cake I order to allow it to have the right moisture/crumbly texture. It boded well. We decided to take a long time over breakfast, so that we would be there when the cake had finished its baking. 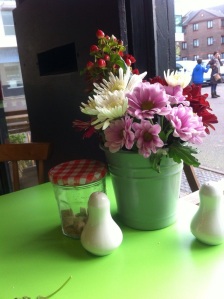 While this initially appeared to be an advantage, it turned out to make cake-decision modelling even more complicated than normal. Normally I write off the chocolate cake early on. This time I was foiled because I knew with what passion it had been prepared. Emergency action was justified. We bought 3 cakes…. one for the road. Really, we had a long journey ahead to our spa hotel in, ahem, just down the A2.

Enjoyed the plum flapjack and both the chocolate cake and the ginger cake were bursting with their own flavours. Which is quite right too. This is what a real cake should do – like a Matisse painting – no pretending that big splash of blue is anything other than joyful unmitigated blue unspoilt by conventions of perspective. Or in this case, ginger. I think it compares. 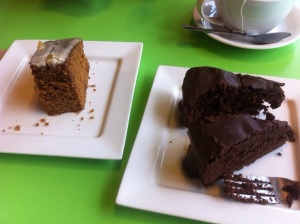 Matisse worthy cake. Note how it has been carefully cut for Shari g 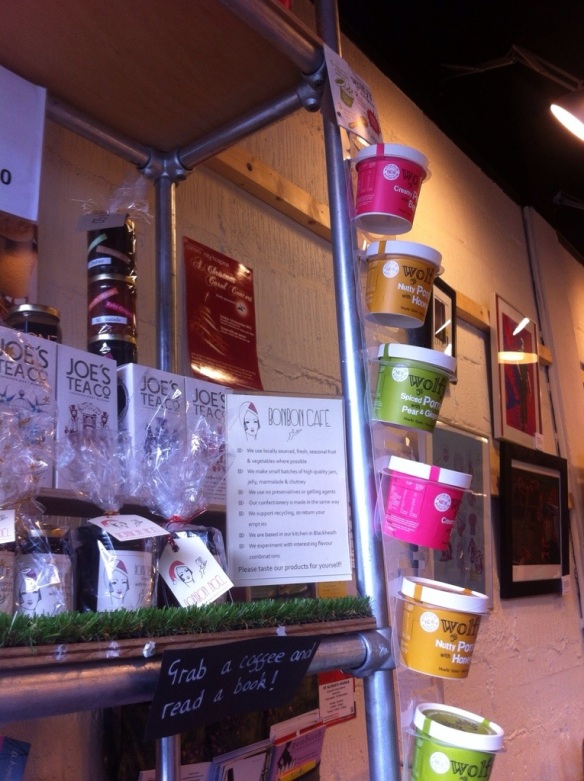 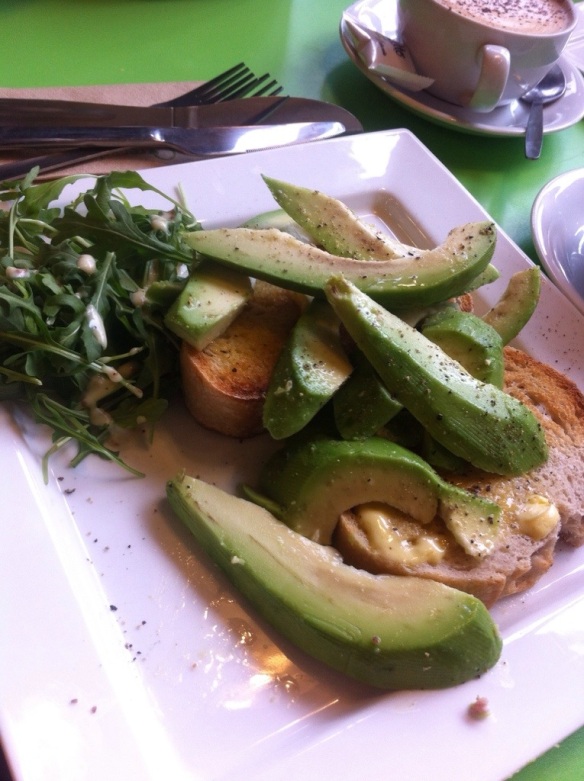 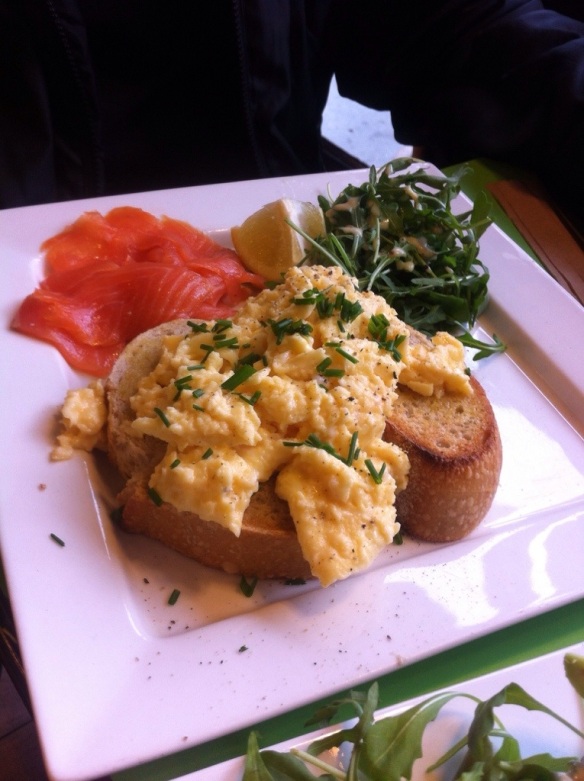 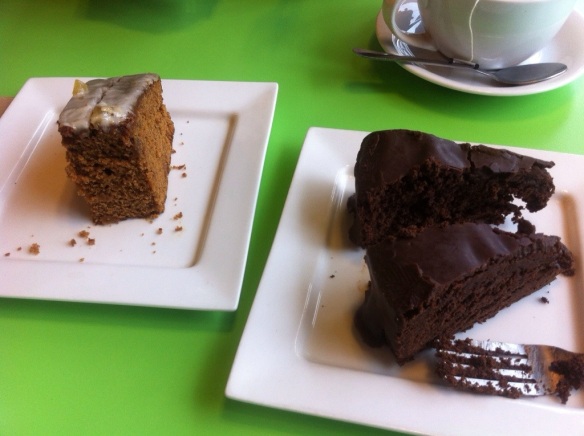 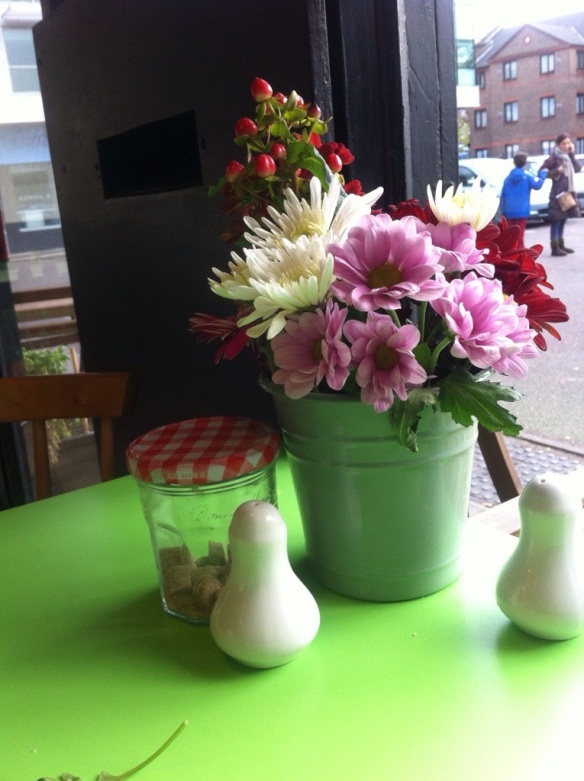